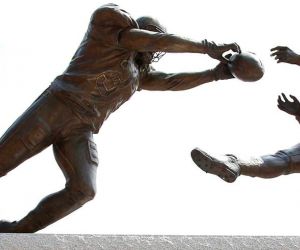 Back in Davenport for Thanksgiving.  Scrolling through the tv channels and stop on a Davenport City Council meeting.  Hey, this will be fun. Let’s just watch one agenda item.  A groan from Colin.  I never watched the Council meetings on cable when I worked in Davenport, and I don’t now in Seaside.  Never had any interest in doing so, and there’s no tv at the FOS anyway.  Music, a view, and books.  That’ll suffice.

Colin takes an interest in the meeting.  Studying Real Estate and Urban Economics, the agenda item is a good one to watch.  I may get bits of this not perfectly right, but it’s a zoning case.  Some guy wants to put a three or four unit townhouse on a half acre of land.  His parents live in an old house on the property.  They are getting up in years and want to downsize, but not move from where they’ve lived.  The property next door has the same zoning.  As either a moral or community planning issue in a vacuum, it’s a no-brainer.  Let the nice people age in place, where they’ve lived for years, add a bit of housing diversity to the neighborhood, and increase the tax base.  All simple decisions  - yes - on their own. 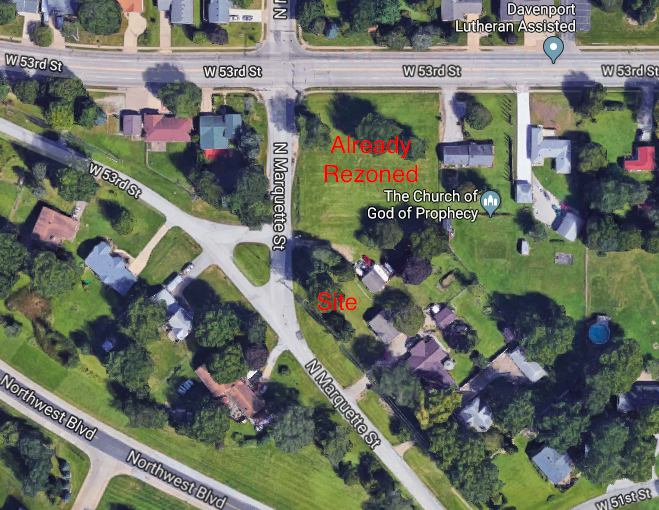 But as Doc Nalbandian would tell you, two plus two sometimes does not equal four in local government.  Some neighbors object, and so do their children.  It’s their children who have shown up in force.  But the children ain’t kids.  They’re in their forties, fifties and sixties, speaking for their parents, in their seventies, eighties and nineties.  What state has the second highest percentage of elderly citizens?  Iowa.  If that doesn’t seem like it can be correct, here’s the reason: what’s Iowa’s most valuable export?  It ain’t corn.  It ain’t bacon.  It’s very well educated twenty-somethings.  I got two of them, myself.

The “children” do all the usual stuff.  Traffic.  Home values.  Crime.  Never got my notice from the City on the rezoning.  Change itself (change is bad).  Then they add in one I haven't heard before.  The City Council meeting should be held at 5:00 AM, because their parents go to bed early and can’t make a 5:30 PM meeting.  The Council takes it all in.

There’s a panning shot of the Council and I do the math in my head.  The request is doomed.  I don’t know a few of the current Council personally, but I know enough of them well enough and know the others by reputation to see this will be another day a good idea will die.

Eight ward aldermen - elected with three digit vote totals - and two year election cycles is not a recipe for success in a city of 100,000. But that’s the governing structure Davenport has, along with two at-large aldermen and a popularly-elected Mayor, who only gets to vote in case of a tie.  Layer on all the challenges of a Midwest manufacturing city in a creativity economy and pile on parasitic suburbs, a lying newspaper and an anti-urban state legislature, and progress ain’t easy.  The Davenport City Council is structured to punt on second down.  Leadership can make a (temporary) difference, but the governing structure is designed to fold like Kenny Rogers with a pair of twos.  February of 2013.  June of 2015.  Many months, in many years, I've forgotten.  There’s enough old people who still read a newspaper, and at the slightest bit of negativity, progress comes to a whimpering halt.

It was a great, fun challenge while it lasted, and there’s plenty of people who still get thanked with a Christmas card each year.  Looking back, there’s an easy ranking of the governments I worked for who were truly committed to success.

Prairie Crossing Charter School leads the list.  Vicky, Miriam, George and me.  If you’re going to do something that hasn’t ever been done before, it helps to not have a quitter in the bunch.  And two excellent lawyers sure didn't hurt.  Vernon Hills comes in second.  A can-do / will-do place with a cop turned village manager, his young, dumb and energetic assistant, and a Mayor still basking in the AAA bond rating and no property tax trick we pulled off, two decades ago.  Seaside has the ability to be similarly successful, with vast potential and an all at-large Council. Douglas County would be fourth, taking on big projects on my watch.  Davenport, somewhat ironically given my length of time there, is dead last.  Staff did excellent work, and never failed at anything that mattered. But the structure of the Council (not the people, the structure) held it back.

Not my burden anymore, and I wish everyone well.  I’m even pulling for the guy pitching the rezoning as Colin and I watch the show.  The son of the parents who want to downsize and age in place, he’s clearly not done this sort of thing before.  He’s got no detailed plans and renderings.  He’s got no representation.  He’s wearing a hoodie.

The vote goes 5 - 4 against and I ask Colin what were the three things that went wrong.  He says “don’t wear a hoodie to a City Council presentation”.  It appears I’m getting my money’s worth at UW-Madison.  That’s one of the three problems - setting aside the whole governing structure bit.

The other is make sure you know who will be present at the vote that matters.  One of the aldermen was absent and he (guessing, but pretty sure) would have voted yes.  The Mayor, then, would have had to vote and (again, guessing) he would have voted yes, at least to move the topic along for more discussion.

But the big problem - beyond the wardrobe malfunction and the Council structure dysfunction - is basic to success.  Make your success someone else’s success.  The people who showed up to complain?  They are going to be in the same boat.  A parent will no longer be able to reside in an old home that’s going to be hard to sell when they finally leave it.  And they’ll wish they had thought about the opportunity that this guy put before the Council - build a few townhouses on a couple over-sized farm house lots.  Let their parents live out their years in a new, ADA-accessible townhouse in the neighborhood, have a little extra cash at the end of it all, and help some other folks who don’t need or want a detached, single-family home find housing.

No one at the meeting suggests this but, the next time this comes back (it will come back, because aging parents only go in one direction) the guy should leave the hoodie in the truck and come with a petition that includes the neighbors too.  Make your success someone else’s success.