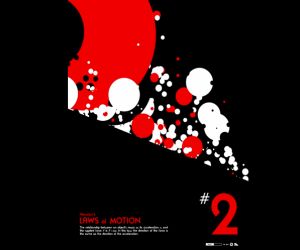 Just the song in my heart.  That’s a strange thing to say at a moment like this.  Look down.  That’s an impressive pool of blood.  Lake Craig is creeping out into the whatever you call the area beyond the emergency room curtain.  Informed of the SUV making my weekend more kinetic, Lesley texts from the Giants game and asks if I need anything.  Light-headed, alone and cold, I text back … Just the song in my heart.  I’m good.

I had forgotten the text but remembered what happened just after.  Adding to the highlight reel of comic mishaps, a guy with a mop pulled the ER curtain back and grabbed the assorted chunks of my left foot to slow the bleeding.  We had a brief discussion about pain, and initiative, and his medical credentials.  The story’s funnier when I tell it in person, with the actual dialogue.

The actual dialogue.  Some nice folks in Seaside have questions about some actual dialogue and they’ve asked for some texts.  Sure thing.  Have all of them.  Post them on the City’s website.  Arriving in Seaside after leading the profession in transparency with automatic posting of my incoming and outgoing emails to a city website a certain newspaper took offense to, I worry about what I write like Javy Baez worries about making the tag.

I do want to make sure no one else’s health issues are publicized in the release of the texts, so there’s some redactions in the hundred and forty odd pages.  It was while completing the redacting I scrolled across the song in my heart text.  The truth is I burst out laughing.

The truth is that may or may not be a good thing.  Get hit by five cars and live to tell jokes does a little something to your perspective.  As does the wheelchair, dad-disabled, orphanage, poverty, mom-dying youth.  As does three years in solitary fighting a media giant for the name dad gave me.  It’s not so much the getting, it’s the passing it on that’s the real deal.

What a knucklehead.  Working for Seaside that Saturday.  Mauled by an SUV in the process.  Maimed (still), alone (still) and wondering (still) bout that half-second separating a Newton’s Second Law finale from Seaside’s vision and grandkids, the pool of blood creeping across the ER curtain boundary had to be someone else’s.  And in the haze of the song in my heart optimism (still), it was.  That blood was from some guy who wouldn’t make it.  Some guy I don’t know.  The guy working on Saturday, in surgery into Sunday morning and (ridiculously, in retrospect) back at City Hall Monday?  That’s the guy with the texts you can read.

The literal and metaphoric blood has been left at every stop of the career.  Life and work - having only worked in places that need a Newton’s Second Law professional - are both full contact, so there’s gonna be some leakage along the way.  There’s much more smiles, and hope, and laughter.

The song in the heart is family, and a career where I get to provide for them by doing good.  A little goofy and tending to ignore the valleys, to be sure.  But not hazy.  Not one little bit.