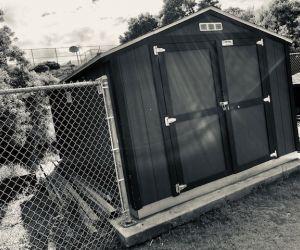 The ball always finds you.  It’s a baseball maxim about being prepared, usually referenced when someone new and – implicitly - not ready for what’s about to happen, enters the game.

The Spartans have sixteen players this season, a big jump in team size from the eight to ten who were suffering through the prior head coach’s visions of grandeur.  Current head coach Joe is pretty laid back and I’m even more so.  It’s a difficult game and yelling doesn’t help.  Have fun.  Be bold.  Get some runs.  Be ready for the ball when it’s heading your way.  These are not difficult concepts, and the team growing in size reflects that they’re effective in more ways than one.  I’m in charge of the outfield, analytics, hitting and batting practice, with the bruises (do not click here) to prove it.

Keep in mind that, of the sixteen, nine have never played competitive baseball before.  So, in the top of the last inning in what was our first home game and may be our last game of the season, the ball was about to find Cameron.  Batting ninth in the first baseball game he had ever played, his teammates whooped and hollered when he fouled off a ball in his second at bat, and went absolutely wild when he put a ball in play in his third AB.  On defense, he was playing right field because most batters are righties and pull the ball to left field.

I mentioned to Joe we might want to move Cameron to left when Aden took the mound to close our 2 – 1 lead, given Aden’s velocity is such that the team we were playing couldn’t get around on the ball to pull it to left.  Joe thought that would be too disorienting in the moment, so Cameron stayed put.  The ball.  The ball knew.  And it was just waiting.  An error to lead off the inning put a runner on first.  With the tying run on, the bunt fest commenced and resulted in bases loaded, no outs.  Aden kept up the mid-eighties heat as their number eight batter stepped in.  The ball launched from Aden’s hand to PING itself off the bat in a half second as a line-drive bunt.  Aden dove to catch it and then, rolling, fired a dart to first to catch their runner heading back.

Double play, and damn near out of the jam.  Big relief, but runners still on second and third, able to score the go-ahead run with a hit.  Their nine-hole batter steps in and takes the first strike.  Next, he fouls one off.  Aden fires the third laser and the kid hits a high pop fly to right.  It’s slicing toward the foul line as every person other than the two runners looks at the ball, and then looks at Cameron, running.  Looks at the ball, and looks at Cameron, running, to catch the first ball ever hit his way in a game.  Runner on third scores and trailing runner rounding third.  Look at the ball, and look at Cameron, still running.

More than enough time to think, God, I love this game.

We do our typical after game review, in the storage shed this time, which is where we go when we either get beat really badly or win in a way that demoralizes the other team and we don’t want to show them up.  Twenty guys in a 10 X 10 foot shed with no windows and the door’s closed so social distancing wasn’t exactly optimized but this was almost three weeks ago.  It’s a mosh pit inside the shed and I’m trying to calm them down to do my thing, which is always finding something positive to say no matter the score.  This one was easy.

GENTLEMEN!, I shout, to get them to shut up.  Tristan and Aden were excellent on the mound.  We bent, but didn’t break, when they loaded the bases.  Eight of our nine batters reached base to put pressure on them and … who was the one who didn’t reach base?  CAMERON!!! they all shout.  Who made the last out and saved the game for us?  CAMERON!!! they shout again.  The mosh pit roils.

GENTLEMEN (this is the most shouting I’ve ever done) is this an individual or team sport?  TEAM! they holler.  What team?, I modestly inquire.  SEASIDE! they bellow, blowing the shed door open.  Who?, I ask again.  SEASIDE!!! they thunder and the shed door blows open again.  My work for the day being done, I hand it over to Joe.

The virus puts the season on two-month hold later that night and probably ends it, and I recognize that was the last normal thing I’ll do for who knows when or ever.  Now into the third week of hundred decision days trying to keep an under-resourced under the best of circumstances community supplied with police, fire, water, sewer service and food.  All the Harvard NPLI training and Davenport emergency leadership experience gets pulled off the shelf, and the Seaside team is holding our own at present.  The virus is the ball that found our federal leadership, and it’s horrifying to watch how ill-prepared they are.

People start social distancing by edict and it’s not too many early morning waking days for me to figure out the last normal thing I did was not dispensing some life baseball wisdom to high schoolers.  That’s just what I do to fill the 2,000 mile social distancing gap to family when I’m not doing the day gig or hanging off the side of some mountain to distract myself.  That’s what I’ve been doing for four and a half years and, if it all goes to a coughing hell, the rest of my life.

The last normal thing I did was kiss Marcia goodbye on June 18, 2015, as I headed over to Des Moines for a meeting the next morning.  Mayor Gluba had done something that day he would later regret, but I had lived through plenty of dumb stuff before, often of my own creation.  On June 18, 2015 I was off to Des Moines to secure some cash from the State, to launch a few hundred million of private investment, secure just shy of a thousand new jobs in a sports tourism district on a road under construction in Davenport and have the new sports district hotel tax revenue fund millions in park improvements along our beloved riverfront.  I had been working on that trifecta for more than a year.

By the time I returned the next day from Des Moines with $10.75 million to make all that happen, none of that good stuff for Davenport would ever happen.  My time in Davenport was done.

Driving to Des Moines the night before, I had no idea the Quad City Times Editorial Page Editor had already told a staff writer his reporting was "Dull" and secretly instructed him to report that Davenport officials believe I "misled" them, because that would be "News".  I had no idea the same staff writer was checking with a columnist on whether the lie he would be "reporting" about a road costing $5 million less than he had previously reported multiple times would "work" for her attack.  I didn't know the columnist would place quotation marks around words I never said or the staff writer would falsify the contract between the City and casino.  I had no idea they had been working together for more than a week, cooking up a knowingly and brazenly false series of publications to get rid of me.  As I read the wildly false publications, I didn't know the editorial page editor and staff writer were secretly in cahoots to run me out of my job.  No ethical newspaper operates that way, with opinion writers secretly directing reporters what to "report" as "news".

As I left home that night, I had no idea the Times would lie like they did the next day, and the days thereafter.  I was years away from learning their lawyers could keep me from plainly telling a jury what the Times published was false, or could keep the jury from hearing the words "fake news" or see the truth (an exhibit the jury was not allowed to see).  I had no conception their hostility about the City’s award-winning, truth-telling website ran as deep as it did.  I didn't know they were losing an average 100 subscribers a day to their website, on pace to have none in a month.  The beanballs were heading straight for me.  But with their windup hidden from view, I didn't see them coming.  Coming up on five years ago, I kissed Marcia goodnight and headed into the dark to Des Moines to do battle for Davenport.  That was the last normal thing I did.

The ball always finds you.  Sometimes, it doesn't have a happy ending.  These are hope-challeged times, so I think it best to state hopes clearly.  I hope the nation I love comes out the other side more honest, and more caring.  Someday, I hope Marcia and I share another kiss - and maybe more than one - in a home we share.  Someday, I hope the ball finds a grandson or granddaughter, and they make a spectacular, game-saving play.

Until then, be resolute, be kind, and say attaboy to Cameron when you see him.