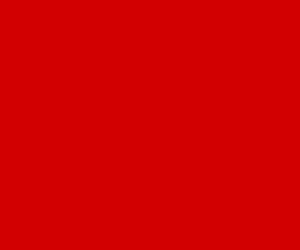 Was it a throwaway line?  Or was it insight?  Interviewing a collection of fire chief candidates, all of them tell stories of service, dedication and preparation for the position.  Which is how it goes at the fire chief level.  You don’t get to the interview phase of the contest without decades of service, dedication and preparation.  You’ll be making life and death decisions, so one of the tricks to the interview is retelling harrowing stories about when you got it right, and when you got it wrong, and not leaving out the part about what you learned along the way.

The candidate who went Cobra Kai on us was a woman, and the only female applicant who made it to the interview stage.  We have the traditional gauntlet of sequential interviews common to high-level public positions, so I was just watching the Zoom screening interviews, and not chiming in.  I made a note, though, in case there’d be a follow-up interview.  Turns out, she came out on top of the panel interview and got passed on to me.  Technically, passed on to a battery of tests and reference checks, and then me.

Nothing much changes without change, and the fire service tends to be the most resistant to change of all the municipal services.  Wet stuff on the red stuff is the name of the game, and that game hasn’t changed much since our earliest efforts trying to domesticate fire.  Building codes have certainly helped, and the service has branched out into medical emergencies to burnish their value.  On a cost per unit basis, they’re the most expensive arrow in the city services quiver, but they’re also the ones that do the most dangerous, frightful stuff.  They’re worth every penny, but they do tend toward a family business, handed down from one generation to the next.  Father to son.  Uncle to nephew.  Change doesn’t come easy.

From whence I came, I tend to look for the person who came farthest, who had to endure the most, to become a department head.  Whether that’s fair or not is a worthy discussion, but not the one I’m having here.  You absolutely need to be qualified to get the job, but having a good and authentic backstory doesn’t hurt.  Overcoming obstacles is what you’ll be doing as a department head, so figuring out the overcome, adapt and improvise part before you arrive will hold you in good stead.  Marines tend to do well.  Band moms, too.

A black belt at 13?  I didn’t get to the martial arts until I arrived at college.  At thirteen, I was, a) working full time to help keep the household intact, b) running from the cops on my motorcycle because the fake driver’s license I forged to convince my employers I was 16 was … well, fake, and, c) not exactly being honor society material at school.  An unconventional backstory but … you know … overcome, adapt, improvise.

The rough and tumble hockey crowd I hung with, inevitably, led to tae kwon do at WIU.  Hockey and barroom fight math is, essentially, how many guys can you square up against, with a chance of winning.  I was a one, and wanted - because I was 19 and had not yet considered better ways to spend my evenings - to get to three.  A few thousand hours later under the tutelage of 6th Degree Black Belt Sutchen Kim, the last small group I fought simultaneously seemed a little dismayed and surprised at the outcome (fun story, best told in person).  My surprise came in figuring out all that time invested in kicks, punches and blocks was metaphorical, what with maturity sneaking in through those four years and guiding me away from the situations that were just dumb displays of testosterone poisoning and poor time management.

Still, when “Sutch” kept prodding me to take the black belt test, I kept refusing.  How much was ascetic and how much was aesthetic is not yet resolved, but I really did like the look of the fully broken-in 3rd Degree red belt with the black bottom / white top gi and didn’t want a new, stiff, black belt.  On the ascetic side, on the way to the destination, I learned I enjoyed the journey, more.  Sutch kept prodding and I finally agreed to take the test, on one condition; that he would never tell me the result.

The kata had nary a misstep, the boards snapped like they were balsa wood and the sparring was almost dream-like.  The physicality of being in your early 20s ... is a cosmic gift.

True to his word, Sutch never told me if I passed.  Thanks for the lessons, Master Kim.  The fights these days are decades past those dumb barroom billiard games gone awry; they're social justice fights, still squaring up against multiple opponents.  Inequity, racism, misinformation, a callousness of spirit.

The well-worn red belt is tucked in some long forgotten box as the journey continues, far more peacefully but no less earnestly.

December 14 Update - Mary Gutierrez has accepted the position of Seaside Fire Chief.  She begins her Seaside journey on Jan. 4.