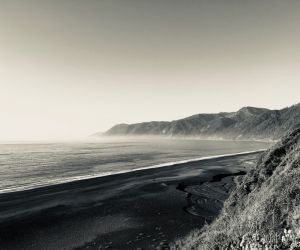 I’m a dork.  And pretty slow on the uptake, too.

Regarding the former, the physical therapy grinds on.  Eighty percent of the left foot toes are doing fine, but the big one just won’t bend and I’m pretty sure it’s a skeletal thing that’s gonna require more surgery.  Be that as it may, the therapists invent all manner of things for me to try and I oblige with laughter while describing my pain on a one to ten scale.  Walk like this.  Step like that.  Twist this way.  Danielle and Lucy have figured out the laughter and pain scale don’t neatly align.  And I’m ticklish.

There’s human wreckage scattered across the phys therapy workout room, and I’m always the only one laughing.  At myself.  Latest example, Danielle demonstrates what she wants – sidestepping two steps left and squat, then right two steps and squat – and I go to it.

Actually, where I go is to a Davenport ballfield.  Big mitt ready, shuffle, shuffle, down!  Big mitt ready, shuffle, shuffle, down!  Teaching young ballplayers to field grounders, I had a system.  Push the web of your mitt in to make it bigger and have it face the batter as you get into a ready position to move.  Next, shuffle your feet sideways (never crossing them) to get in front of the ball.  Finally (and this was the critical part) get down!  Getting down was the thing some of the kids could never quite commit to.  It was scary.  The ball coming in hot on imperfect fields, ready to bounce up and hit you in the face.

We’d run through the drills and I’d shout it out as we went.  Big mitt ready, shuffle, shuffle down!  Big mitt ready, shuffle, shuffle down!  Some kids never could commit to the down.   I had a name for those kids.  Outfielders.   Who knows what name Danielle and Lucy have for me when I leave, but when I try to do what Danielle wants I do the shuffle, shuffle, down! thing – complete with left hand on the floor and right hand poised over it, ready for the grounder.  It looks ridiculous and I'm laughing at myself, but it’s muscle memory I can’t stop.

Which leads to the slow on the uptake bit.  The three-day weekend snuck up because I just generally assume I’m working except for the big three.  Thanksgiving.  Christmas.  New Years.  The three-day weekends are the worst.  Alone. 88 hours.  They don’t even make solitary confinement prisoners do that, in any civilized place.

The new muscle memory is to head to the mountains, and I never really figured out why until this weekend.  The big toe not bending means it can’t get into a mountain boot, but a size 15 low top from REI works.  Sort of.  Pack up a light pack and head to the “Lost Coast”.  Never been there.  Might as well see it while it’s still lost.

It’s the remote coastline of California hours north of San Francisco.  Too rugged for engineering a road along the coast, which is saying something, given the precarious engineering of Highway 1 in many locations.  Small mountains, starting right at the ocean’s edge.  The tallest trees on the planet.  Dirt roads.  Sketchy trailheads.  Poison oak, bears and cougars.  Lost souls, pot farmers and off-grid poets.  A hipper, NorCal version of Appalachia.

Didn’t see another human for two days.  Which - together with the lack of need to concentrate on not falling off a big mountain – afforded time for thought.  And the thought became clear that it is so much easier to be in the wilderness alone than it is to be alone in a normal setting.  Friends, families, couples … they’re everywhere in real life.  At the library.  Restaurants.  Grocery stores.  Just walking down the street.  People happy to be with loved – or even liked – ones.  It’s damn difficult to watch, so here I am.  Alone on the Lost Coast.

The tent overlooks the Pacific and the waves rhythmically crash against rocks, wearing them inexorably into sand.  My muscle memory says be the rock.  But as far as I can see in either direction on the shore where time meets space, there’s only sand.