System of an Up 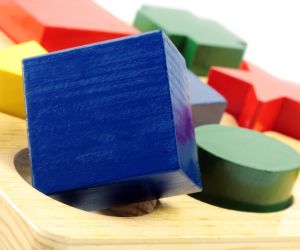 Near midnight, arrive in the One-ga-low kitchen from City Hall after a Council meeting.  Though many thought it impossible, the Zoom meetings have made them longer.  Gonna have a cookie.  Flip on the light and my current nemesis scatter from the countertop.  Ants, so make that nemesi.  I have a system that involves the sticky part of Post-It notes for them, but it’s late … or early.  Really not that interested in which side of midnight I’m on.  Such is the dark hungry lust for a cookie.

Dawn arrives and City Hall is closed on Fridays to conserve budget but that doesn’t mean the city manager work stops.  Maybe the ants are nocturnal, because they’re gone in the morning.  Wheaties and exercise and off to City Hall in jeans and a B-52s shirt, to give the appropriate vibe when staff who don’t have to work show up to move Seaside forward.  Play some records.  Do some work.  Play more records.  Do more work.  Seems I got a system for that, too.

My system is pick the fights that matter, and smile.  A few ants in the middle of the night?  Some social media nonsense?  Leave that be.  Some corporation harming my family?  One hundred and eight two homeless in Seaside?  Down two with three outs remaining?  Get to work.  Happily.

And so it has been, since before I can clearly remember.  I suppose it’d be more noble if the get to work ethos was born of some noble calling, but it wasn’t.  I was just a poor kid, in a poor family, and that’s the way it was.  How implausible the whole make it to college thing was is one of the unsolvable things I don’t dwell much on  – sorta like where do the ants go when they’re not on the countertop?

They probably go someplace safe.  Therein lies the conundrum.  Safety is all well and good, but it doesn’t get you - or those who depend on you - far.  You gotta venture out into the unknown.  You have to tread where you’ve never tread before.  You need to try something new, risking failure, or worse, if anything is going to change for the better.  That’s just clear to me, from whence I came.

So the Friday turns to Saturday Sunday through next Thursday to try something new.  The State has a grant program to buy crappy old motels and turn them into even worse homeless shelters because that sounds super-efficient when you’ve never been homeless yourself.   There’s pages and pages of rules for the grant and somewhere in the cracks of the rules I note there’s nothing that precludes a city from acquiring cottage-sized modular homes and siting them in clusters to have real homes, and a real community.  It’s a square peg / round hole approach to the grant but I’m not wild about being a peg, anyway.  Hours of work becomes days and nights and a weekend but we get the grant done and it’s off to Sacramento for review.

I used to get some grief for skipping the golf course lunches that began the weekend for the city manager collective in the Quad Cities.  My Friday lunch hour was reserved to participate in the Big Brothers program where I’d be partnered with an elementary school kid who needed a little extra support.  I’d summarize the societal challenge I was trying to fix with chocolate milk and french fries by noting kids who were this tall (holding my hand at the height of kindergartners) would believe they could be astronauts, doctors and Presidents but when they got to be this tall (holding my hand at the height of sixth graders) they knew they didn’t stand a chance.  So I did the square peg round hole Friday city manager lunch thing of having lunch with a kid who needed help.

The same sort of thing is going on now at Seaside’s food distributions.  Twenty percent plus unemployment means hungry families so the City has been distributing food on weekends.  For reasons that don’t make a lot of sense for someone who’s been hit by five cars (maybe because they think it can’t possibly happen again) the volunteer job I’ve been assigned is to stop the vehicles at some taped lines on the City Hall parking lot where other City volunteers fill the cars with boxes and bags of food like some sort of NASCAR pit stop grocery store.    The task has me communicating rather personally with hundreds of people each time we do it.

Here’s what I’ve noticed most.  The kids under five or so have a smile on their face as their mom or dad stops and we fill up their car with food.  To them, it’s a new adventure and fun.  They wave and smile and sometimes laugh when the car doors fly open and boxes of food get quickly stacked all around them in their car seats.  I wave and smile back with my eyes (masked, of course) and it’s easy to feel good about helping.

The older kids, though, don’t smile.  It’s not an adventure and it’s not fun.  Their family is hungry and they can’t afford food.  They have to sit in a slow-mowing car line for an hour or so to get some free food from people they don’t know.  I was homeless as a kid, but I never had to do that.  It’s heart-breaking to see and then … one of them is one of my ballplayers, whom I’ve not seen for months.

This will take longer to read than it happened in real time.  He sees me and dips his head because he’s embarrassed to be in a food line with his family.  I notice that and dip my head a bit too, to acknowledge his pain.  Then I reflexively stand up straight, lock eyes with him, tilt my head and give him a look of determination and support.  This isn’t you, I tell him without saying anything.  You’re going to get through this, I tell him with a slight nod of the head.  Same look I gave him when he was standing on second, unsure about whether he could steal third.  He could, and he did.

His eyes brighten and he nods back.

That Council meeting that ended with ignoring the ants had an awkward moment.  One of my bosses ticked off a list of things we were working on and was essentially making the argument that we should not apply for the grant because we had too much to do already.  I don’t make a practice of arguing with my bosses publicly, but I wasn’t gonna be a round peg for him.  I acknowledged he was right about all the stuff we had to do and the few people we had to do it with (partially agreeing with someone you disagree with is good tactics) and (always “and”, never “but”) I added, he was right about the grant application being difficult.  Then I said, as difficult as the application would be, it wouldn’t come close to the difficulty of being homeless.

Somewhere, there’s a grant application being scored to provide real homes.  There’s Seaside families having dinner with food we provided.  And there's ants plotting their next countertop assault.

My system is pick the fights that matter, put the cookies in ziplock bags … and smile.